Do you know what this Litecoin is? Why is this cryptocurrency in today’s headline? If you already know about Bitcoin, you can probably guess that the cryptocurrency we are talking about today is also called Bitcoin’s younger brother. Yes, I’m a friend. Since its origins in 2011, this peer-to-peer cryptocurrency has quickly gained its place. 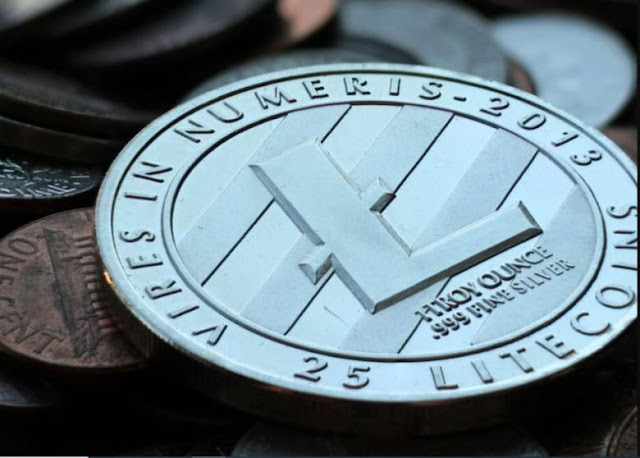 This digital money uses BlockChain to complete transactions and is easily managed in a public ledger. Litecoin transfers funds between individuals and businesses and transfers money by intermediaries such as banks and payment processing services. Litecoin has gained a lot of fame because of its features.

So today, I thought I should give you complete information about what Litecoin is so that you already know about Litecoin. This makes Litecoin easier to understand and buy. Next, without delay, please tell us what this Litecoin is and how it is different from Bitcoin.

In contrast, Litecoin is not made by the government or such institutions as the Federal Reserve, and the government makes our traditional currency. Still, it is mined by calculating transaction blocks. Will it do it? This is also a kind of decentralized currency.

So let’s learn about Litecoin in detail.

What Makes Litecoin Different from Other virtual currency

There must be something different that makes Litecoin different. Today I’ve talked about some remarkable things about this and heard something about it.

Litecoin is also based on the same open-source code behind Bitcoin. But there are many differences. Litecoin is also known as the cryptocurrency silver. Bitcoin is called gold. The main difference between the two is in transaction speed.

Litecoin block formation is four times faster than Bitcoin. This makes it easy to validate transactions and process more processes at the same time interval.

When we talk about cryptocurrencies, their supply is limited, so their value is very high, and then they end. Can only mines this coin can only mine these coins once.

If this limit is 21 million for Bitcoin, it will be close to 84 million for Litecoin. From this, we can infer that Litecoin is far ahead of Bitcoin in terms of the number of coins.

When compared by market capitalization, Litecoin looks solid compared to Bitcoin, but it still ranks fifth in the top cryptocurrencies. Ranking fluctuations also depend on the price and the number of coins in circulation.

How is it different from Bitcoin? 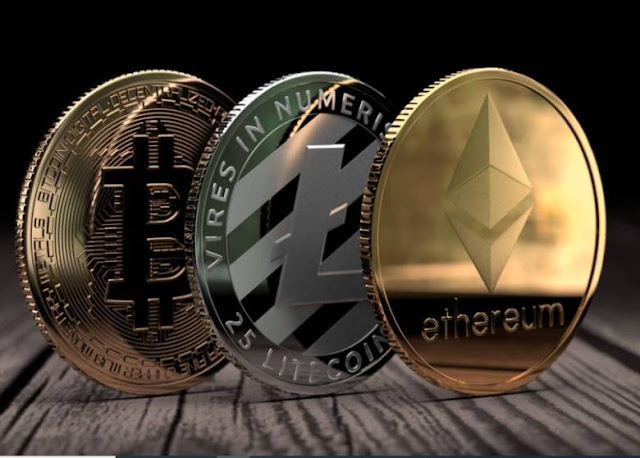 In response, I will present some such facts about it so that you can get a better idea of the difference between the two:

The hash algorithm used to mine Litecoin differs from Bitcoin, and the number of coins distributed when the solution comes out is also different. When a transaction is created, it is grouped with other recently sent transactions in a cryptographically protected block.

Computers, also known as miners, use GPUs and CPUs to solve these complex mathematical problems. When all transactions are complete, they are validated.

Once the block is resolved, all miners will get a share of the money spent in this mining industry.

Bitcoin miners will need to change their hardware if they want to mine Litecoin, as using different algorithms means using additional hardware.

Litecoin and Ethereum are prominent cryptocurrencies, but they vary in meaningful ways. Litecoin was founded in 2011 by Charlie Lee as a peer-to-peer cryptocurrency. It is similar to Bitcoin in many aspects, but the primary distinctions are its quicker block generation rate and the more incredible total amount of coins that can be mined. Litecoin, like Bitcoin, has a distinct algorithm and employs a scrypt proof-of-work mechanism.

Ethereum, on the other hand, is a platform for decentralized applications. It is not a currency like Bitcoin or Litecoin but rather a platform for developers to build and deploy smart contracts and decentralized applications. Ethereum uses its blockchain, as well as its cryptocurrency, called Ether. The Ethereum blockchain is fueled by Ether, which is used to pay transaction fees and to incentivize developers to build applications on the Ethereum network.

The main difference between Litecoin and Ethereum is their purpose. Litecoin is designed to be a digital currency, while Ethereum is intended to be a platform for distributed applications. Litecoin also has much faster transaction speeds and lower fees than Ethereum, making it more suitable for everyday payments. On the other hand, Ethereum offers greater flexibility and power with its smart contracts and decentralized applications.

How to use Litecoin cryptocurrency?

Litecoin is a cryptocurrency similar to Bitcoin but follows an entirely different protocol. Looking at Litecoin’s official website says that Litecoin has a peer-to-peer internet currency that allows anyone to send payments immediately, which is also a meager fee.

Litecoin is an entirely open-source decentralized cryptocurrency money based on cryptographic mathematics.

Litecoin is not designed to compete with Bitcoin, but it is a free solution that can also be used as an alternative. That is why it is also called the cryptocurrency silver.

Where, when, and who started Litecoin?

The founder of Litecoin was Charlie Lee, and it was created on October 7, 2011. He is a former Google employee. Built litecoin built Litecoin to complement Bitcoin to solve problems such as centralized mining pools and transaction timing.

The Litecoin code is taken from the Bitcoin core code, later modified by Charles Lee. This change is because Charles Lee wanted to adopt the currency on a large scale, so he explained that he changed the protocol according to his protocol.

Lee Seung-you wanted to significantly shorten the timing of block confirmation so that he could confirm the maximum transaction volume. As a result, Lee has increased Litecoin’s transaction speed to four times faster than Bitcoin.

Is Litecoin A Good Investment

The answer to whether or not litecoin is an intelligent investment ultimately depends on your investment objectives. Litecoin is a highly volatile digital asset with enormous growth potential. As a result, it may be a terrific way to diversify your portfolio and obtain exposure to the cryptocurrency market without investing a lot of money.

A digital asset dating back to 2011, Litecoin is one of the oldest. Its established network and proof-of-work mining algorithm have ensured its stability, security, and liquidity over the years. The coin has also seen steady growth over the past several years, making it an attractive option for investors looking for long-term gains.

On the other hand, litecoin is still considered a relatively new asset class, and its price is prone to extreme fluctuations. Any investment could quickly lose value if the market turns against you. That said, litecoin also provides more leverage than other assets, allowing investors to make enormous profits rapidly.

The team behind Litecoin

How many Litecoins do you have in total?

Litecoin was the first company to have a limited supply of Bitcoin, and for the first time, it introduced about 21 million Bitcoins to people. Therefore, they quadrupled their supply.

Therefore, the total amount of Litecoin is 84 million units. Currently, 53 million units, and 31 million have not yet been mined. Litecoin blocks are mined every 2.5 minutes.

How much is Litecoin worth now?

How to buy Litecoin?

If you want to buy Litecoin, you can buy it from the exchange in exchange for Bitcoin, but it is essential to have Bitcoin for that. There are so many exchange hubs available where you can give your Bitcoin and buy the desired cryptocurrency in exchange for it.

One such exchange is Wazirx, which makes it easy to buy Litecoin.

Like Bitcoin, Litecoin has a wallet that can store purchased Litecoin. They are also called digital wallets. There are two main types of these wallets.

Looking at it, hardware-based wallets are more secure than software wallets. You will need your private key to open all wallets that can send and receive coins.

Many third-party wallets, such as Electrum, Loafwallet, LiteVault, etc. Apart from this, desktop users can install and continuously update Litecoin Core designed according to a full-fledged client by the Litecoin Development team.

The future of Litecoin

According to how Litecoin’s value has increased, the future of Litecoin looks very bright. Correspondingly, more profits are expected at this value in the future.

Because it is faster than Bitcoin, transactions are completed so quickly that it will attract more and more people to it, which may reduce the value of Bitcoin in the future.