If you are watching technology news, you must have come across Ethereum; the question arises as to what Ethereum is and how did he so much more popular than Bitcoin in a few years.

If we talk about what is Ethereum, it is a rising star in the world of cryptocurrency. It achieved its niche very soon and took 2nd place in the list of cryptocurrencies. 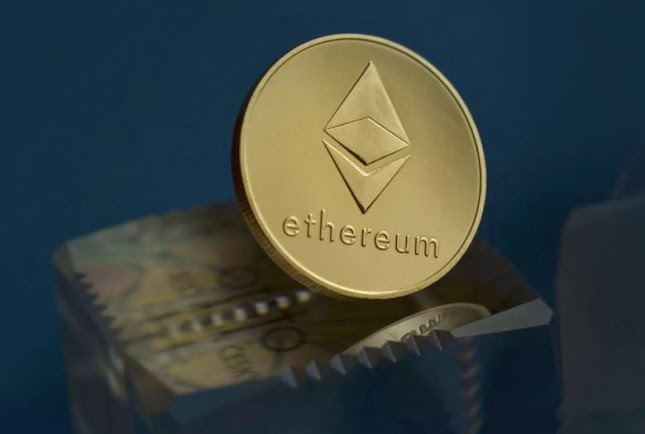 After its launch in 2015, the value of ether (the coin of Ethereum) increased by more than 6800 percent if we talk about the numbers up to 2017. Now the price of 1 Ether is almost close to $480. After Bitcoin, if any has gained this popularity, it is only Ethereum.

That is why I thought not all of you should have complete information about Ethereum so that you also know about it and make it easier for you to understand and buy it. Then, without delay, he told us what Ethereum is and how it differs from Bitcoin.

Ethereum, also called ether, is the third most valuable digital currency after Bitcoin and the second by market capitalization. The technology on which Ethereum operates is called the blockchain.

It was first introduced to the world in 2013 by a 19-year-old Bitcoin programmer named Vitalik Buterin.

This cryptocurrency has gained popularity very high in a short time. If we talk about its current valuation, it will be around $46 billion (£34 billion), which is about $480 per coin. This price keeps going up and down.

Buterin has improved Ethereum in a much better way than Bitcoin. Like Bitcoin, it is a decentralized payment network with its cryptocurrency, which we can send anywhere in the world with the help of the Internet, and we will not have to rely on any bank or third party to do so.

These encrypted transactions are stored in a decentralized ledger, also called a blockchain, and are visible to everyone on the network.

We also know that the name of the creator of Bitcoin is Satoshi Nakamoto, an unknown person about whom no one has the correct information.

But it’s different on Ethereum, whose father’s name is Vitalik Buterin, based in Canada and born in Russia. He published this idea in 2013. It took two years to assemble it fully.

Buterin is a very deserving student interested in mathematics and won a bronze medal at the International Olympiad in Informatics in 2012.

He was awarded the $100,000 Thiel Scholarship in 2014, after which he left the University of Waterloo. After a year-long hiatus, Buterin and Canadian entrepreneur Joseph Lubin founded Ethereum Switzerland GmbH.

How is Ethereum different from Bitcoin? 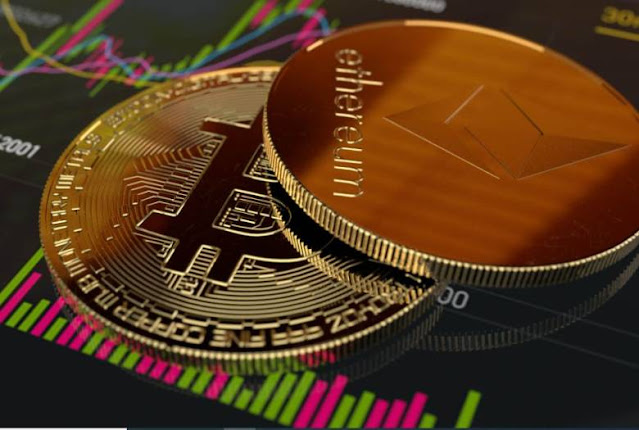 Since it is the second-largest cryptocurrency after Bitcoin, Ethereum has always been compared to Bitcoin. But it has been noted that Ethereum is better than Bitcoin in many ways. So let’s know about it.

They both work almost the same, but there is some difference between them.

1. Shortening Block Times: Block mining in Ethereum takes about 15 seconds, while it happens as fast as 10 minutes in Bitcoin. Due to the speed, blockchain takes much less time to confirm transaction data, which can lead to a maximum number of transactions.

2. Enjoy a more complex fee structure: Transaction fees on Ethereum depend on storage needs and network usage. At the same time, bitcoin transactions depend on block size and still compete.

5. Use more and more technology: In Ethereum, along with the currency, it is also allowed to run other third-party applications on the network, while in Bitcoin, it is only allowed to run the money on the web.

6. More profit for miners: miners make more profit on Ethereum than on Bitcoin.

How does it affect the price of Ethereum?

Since the launch of Ethereum, its value has been slowly increasing, while the price of Bitcoin has been rising very quickly.

Micro-contracts are structured as “if-then” statements; this program fulfills that contract when certain conditions are met.

Because all the computers in the network keep track of all the transactions that happen in the digital ledger, this thing can’t be tampered with or tampered with. If someone messes with it, everyone will know.

Vitalik Buterin (CEO) – In 2011, with the help of the Bitcoin program, Vitalik will discover cryptocurrencies and blockchain technologies. Watch Bitcoin Magazine in 2012 to understand Bitcoin.

After receiving the Thiel Scholarship in 2014, he left the University of Waterloo to work full-time at Ethereum. Vitalik understood what blockchain technology has to offer in the future and invented Ethereum in 2013.

Gavin Wood (CTO) – Gavin met Vitalik in 2014 through a mutual friend. Solidity software was built for the clever contract language. For the Ethereum Virtual Machine (EVM), he also wrote the first yellow article on the Ethereum blockchain.

Ming Chan – Serves as CEO of Ethereum and oversees the regulatory and legal affairs of the Ethereum blockchain.

How many people Work in Ethereum?

Today, there are more than 12 million cryptocurrency wallets that contain ether. And their number is gradually increasing.

Should you invest in Ethereum?

If you talk about the value of Ethereum, it has increased in value a lot in a short time and continues to grow. I want to tell everyone that there is no truth to the value of cryptocurrencies, and they fluctuate.

That is why you must have heard of many of these people who have become millionaires in a short time. All of these things are the result of Ethereum itself. So invest only in what you can offer.

The best platform to invest for purchase in Ethereum is Wazirx. I have also invested in many cryptocurrencies in this.

What is the future of Ethereum?

The value of Ethereum has constantly been increasing since its inception, and investors believe that it will continue to grow in this way for years to come. So if an investor wants to invest in this, they can do so without hesitation.

This is also because many big companies like JP Morgan Chase and Microsoft have invested their money.

But I think if you do not have the money to invest, do not invest by taking loans, as it can be dangerous in the future. Invest as much as you can. It is advisable to do good research before investing in the rest. Only time will tell what the future holds for Ethereum in the future. Did you know that you can also become a great millionaire in the future?

I sincerely hope that I have given you complete information about what Ethereum is, and I hope that you have understood Ethereum. I ask all readers to also share this information with their neighborhood, family, and friends so that there is awareness among us and everyone benefits greatly from it.

I need your cooperation so that I can pass on more new information.

I have always been my best effort to help readers or readers everywhere; if you have any questions, you can ask me without hesitation. I will try to answer these questions.